Did you know that many of London’s rivers have been ‘lost’? These lost rivers might be important if you are building a basement.

The rivers Fleet, Tyburn, and Westbourne, to name but a few, historically ran through London to the Thames. Many were replaced by combined sewers in the late 19th Century and are no longer seen at surface. 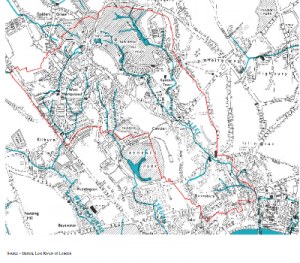 These secret rivers can be glimpsed in some locations. The River Kilburn is carried over platforms at Sloane Square tube station in a green conduit, and the River Tyburn can apparently be seen running through an open channel in the basement of an antique shop!
If you are involved in basement development, it’s important to know whether you are close to one of these lost rivers. Simple searches can help ensure that your property won’t be affected by these or other groundwater flooding issues. More information on the hydrogeological aspects that should be considered in basement developments can be found here:

The guidance sets out a phased approach for considering impacts of basements on land stability, groundwater, and surface water flooding. It’s important to have robust reports to help your project through planning, help with party wall agreements, and make sure that your finished basement is safe and sound. Call Hannah Fraser on 07527 006625 to discuss impact assessments for your basement.

Latest from the blog 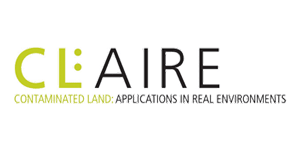